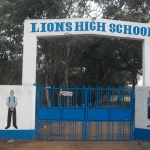 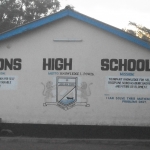 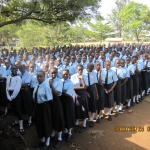 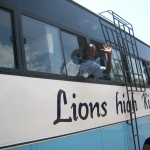 This School has no reviews. Be the first to share your experiences!
Write a Review

Lions High School was co-founded in 1980 by Lions Club of Kisumu Host (D.P. Mandavia, Secretary then) and Municipal Council of Kisumu during the tenure of office of the late Mayor, Councilor Ezra Gumbe.

It started with one class of 40 students which later expanded to a single stream with One hundred and sixty (160) students accommodated at Lake Primary School in 1980 and later moved to its present site which was donated by Lions Club in 1983.

The foundation stone for the first stream was laid by the Lions Club officials who donated materials for its construction.
The school then progressed through PTA funds, sponsorship and Harambee donations and the District Development Donations.

Since the inception it has had Lion D.P. Mandavia as Chairman Board of Governors. We have had Six (6) PTA chairmen and Nine Principals. At present, we have about Forty Five (45) members of the teaching staff and Twenty Two (22) non-teaching staff.

In 1985, the school acquired a second stream with an enrolment of Three hundred (300) students. In 1993, a third stream with Four hundred and forty (440) students was added. The first Laboratory and Home science room were constructed in 1991 and a second Laboratory by 1996.

A multi-purpose hall with an annex was constructed by the Lions Club between 1992 and 1994.
The Lions Club also donated large water tanks to assist in the School Lunch Programme. In 1999, the staff house project was initiated to house four families.

In 2007, with the completion of the first phase of the Tuition and Administration complex, through the PTA, BOG, Sponsors (Lions Club), Safaricom Foundation and other well wishers. The school has been able to introduce a fourth stream bringing the population to Seven hundred and eighty (780) students currently.

Is this your business?

Schools in Kisumu
Back to top