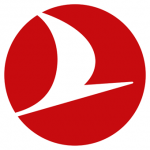 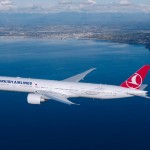 0 Reviews
0.0
Write a Review
This company has no reviews. Be the first to share your experiences!

5
Ask a Question
Gurdial
What is your contact no. in Nairobi Kenya
Answer Useful Wrong
Alvys
Am traveling to the USA by economy class and I would like to know the how many luggage am required to carry and number of pieces.
Answer Useful Wrong
Salma
Hi!
If am to book a turkish airline ticket to Istanbul online,how much time do I have till I can pay?
Does the reservation get cancelled if I don't pay immediately?
Any assistance will be appreciated.
Answer Useful Wrong
View all 5 questions

Location map
Show Map
Expand Map
Internatinal Life Hse, 10th Flr Mama Ngina St, Nairobi, Kenya Get Directions
Description
Turkish Airlines, Turkey’s national flag carrier was founded in Ankara on May 20, 1933 under the name of “State Airlines Administration” and started its operations depending on Ministry of Defense. In 1955, it was restructured into “Turkish Airlines”. 25% of the company is sold under the privatization program in 2005. Today 49.1 % of the company is owned by Privatization Administration and the rest of the shares are on free float. Turkish Airlines, one of the fastest growing airline companies of Europe has put signature to the record by opening 24 new routes in 2006, and joined Star Alliance on April 1st, 2008.Turkish Airlines, with fleet consisted of 173 aircraft; organize flights to total 182 points including 141 international and 41 domestic lines. Thus, Turkish Airlines is a member of the Star Alliance network which was established in 1997. Overall, the Star Alliance network offers 21,000 daily flights to 1,160 airports in 181 countries.In order to keep alive its brand equity, which provides a serious advantage in terms of competition, Turkish Airlines focuses on the investments that support its brand equity such as offering quality, entertainment systems within the aircrafts, comfortable seats, aesthetics and quality of presentation, investments in personnel having high profiles. THY follows the technological innovations and, with its developing and growing fleet, carries out works that also support the training of its employees. Turkish Airlines, which acts with the awareness and responsibility of being flag carrier of Turkey, regards flight safety and service quality as its two indispensable items. For this reason, it continues its studies for flight safety and service quality without any interruption. Of these studies by the evaluation of Skytrax; Our Company which has the title holder of four stars airlines actually; keeps going on studies in order to get the degree of 5 stars airlines. With the awareness of the responsibility given by the mission of being a pioneer undertaken by Turkish Airlines, that celebrated 77th foundation anniversary in 2010, is determined to carry its leader identity in the sector forward. Furthermore it maintains its target of becoming regional leader and a global airlines company prominent in Europe which is preferred for its service quality, trustworthiness and competitive power.Turkish Airlines has also strategic network expansion into the CIS Countries, Central Asia, Far East Asia, Middle East, Africa and North and South America. One of the fastest growing airlines in the world, Turkish Airlines holds a strategic position between East and West around the globe.Turkish Airlines has been named by SkyTrax the “Best Airline Europe” in 2011 “Best Airline in Southern Europe” in 2011 as Turkish Airlines achieved the same great success in 2010 and 2009, and the “Best Premium Economy Seats”. The airline also marked its name on the 3th place in the best airline companies in all Europe countries.
Working hours
Add hours
Listed in categories
Transport & Motoring
Transport & Motoring / Air Travel